Sanjeevan for perfect eyesight is one of the leading eye care facilities in the country that treats patients with various eye ailments, most of which are considered untreatable by allopathic medicine. They have collaborated with Yaguchi Electric Corporation a certified medical device manufacturer in Japan and with Dr.Tomoya Handa of Kitasato University, Japan. The purpose of tie-up is research of Amblyopia treatment using Occlupad. Sanjeevan along with Dr. Handa of Kitasato University have a database of more than hundred’s of patients which will be mutually beneficial for study of the treatment of Amblyopia. 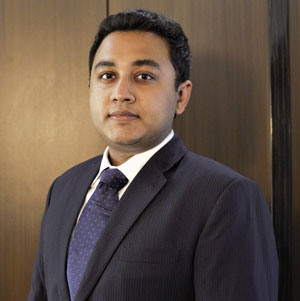 Amblyopia (or lazy eye) is the most common visual disease among children affecting an estimated 2% to 5% of the world population. The primary treatment for amblyopia is patching which many children find difficult. This leads to concerns about treatment compliance. Moreover, there are occlusion therapy risks and side effects such as skin irritation, deprivation amblyopia, and psychological issues associated with the inhibition of binocular function that creates a further cause for concern.

The collaboration has helped Sanjeevan to use a device called Occlupad which has been originally developed by Yaguchi Electric Corp with the collaboration of Dr.Tomoya Handa, by obtaining the support from Japan Science and Technology Agency (JST). Occlupad is a device created by removing only the polarizing film layer from the liquid crystal display (LCD) screen of an iPad Air, making the LCD screen visible only with the aid of polarizing glasses; otherwise, the screen seems only to show a white backlight. Only after wearing the polarizing glasses, the patient can use the device to play games that help treat their amblyopic eye.

Japan International Cooperation Agency decided to officially support the collaborative project between Japan and India. The project will be implemented from October, 2017 to March, 2018.

Speaking on the association with Kitasato University, Dr Rohan Goyal –Director at Sanjeevan For Perfect Eyesight said, ”Treatment of amblyopia accounts for approximately 90% of visits to children’s’ eye clinics. The Combination of treatment  provided by Sanjeevan and Occlupad provides better treatment for patients with positive results thereby creating a whole new treatment avenue which is not practised anywhere in the world.The combined research will yield better results and treatment procedure over eye patching.”

Speaking on the collaboration, Dr. Tomoya Handa said, “According to our clinical study in Japan, Occlupad is expected to be more than three times more effective than conventional treatment. During the early years of an individual life, the visual system develops very rapidly, including the important connections between the brain and the eyes. Beginning the training early increase the chances for curing amblyopia tremendously. With this Innovative treatment using Occlupad, all the children can get the necessary training that can help them achieve great results, without the ‘trauma by eye patching’  We would like to propose the best treatment results and the best experience for children in the world.”